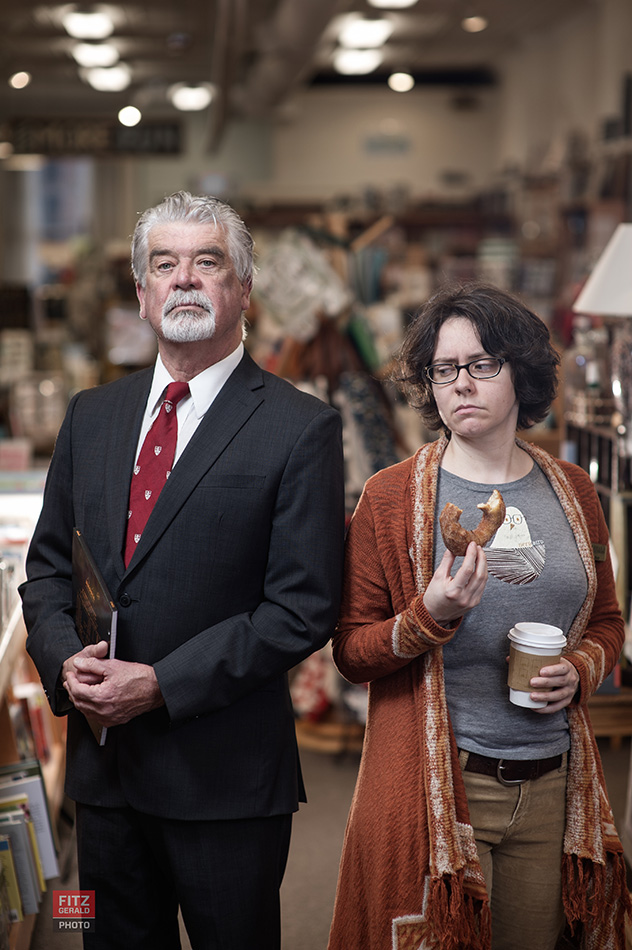 I’ve worked with Down East Magazine in the past, but this month my work was published in Dispatch Magazine for the first time (which shares some operations with Down East Enterprise, Inc.)  Dispatch targets a readership interested in nightlife, events and food in Maine’s largest city.  When Visuals Director Mark Fleming called me, asking if I’d take on concept of “Take your millenial to work day”,  I was interested. It sounded like a challenge—not the least because it had to be set up and shot within the following three days.

I spent time with both subjects–Chelsea, a millennial working at a local bookshop,  and Bill, a Boomer-generation copy machine salesman, as they visited each other’s places of work, and photographed them in a variety of scenarios both posed and unposed. The magazine ended up using a couple scenarios, but here on the blog I get to share a few more that I liked as well. Keep in mind the goal was to be a little over the top, with a wink and a nod to stereotypes about both generations.  You can read more about the story, which I recommend, at Dispatch Magazine.  Enjoy! 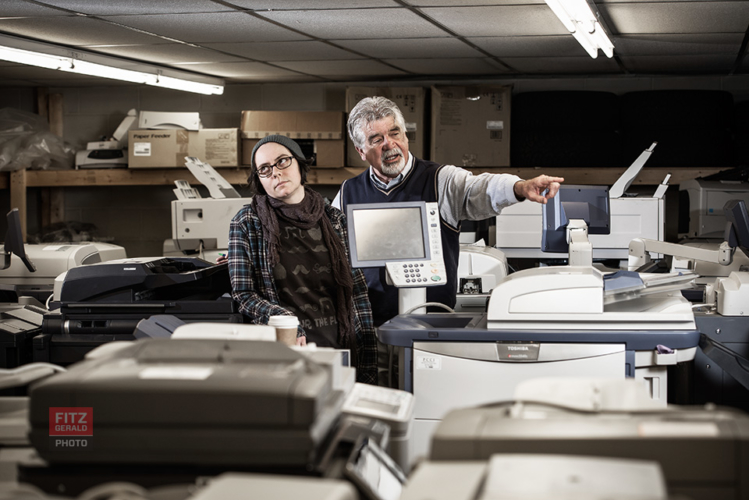 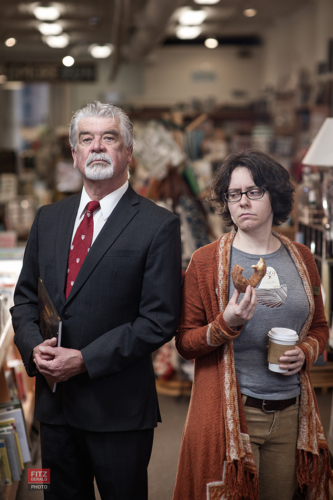 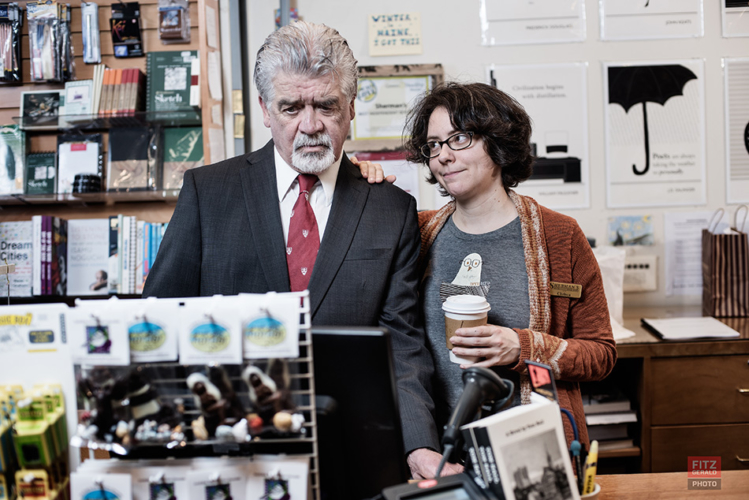 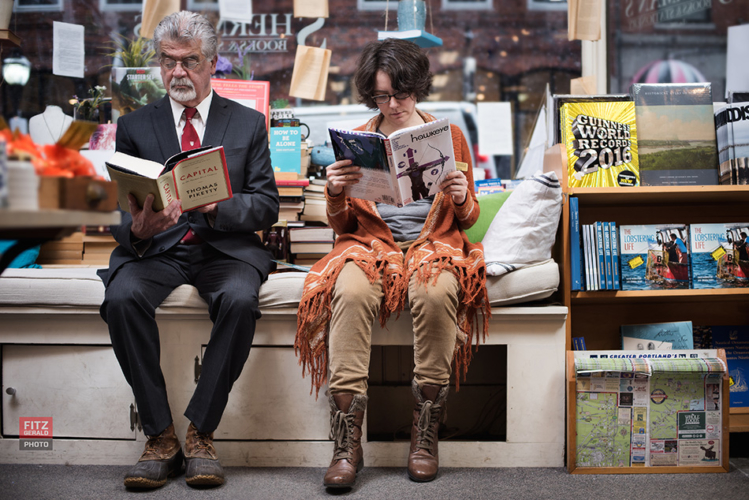 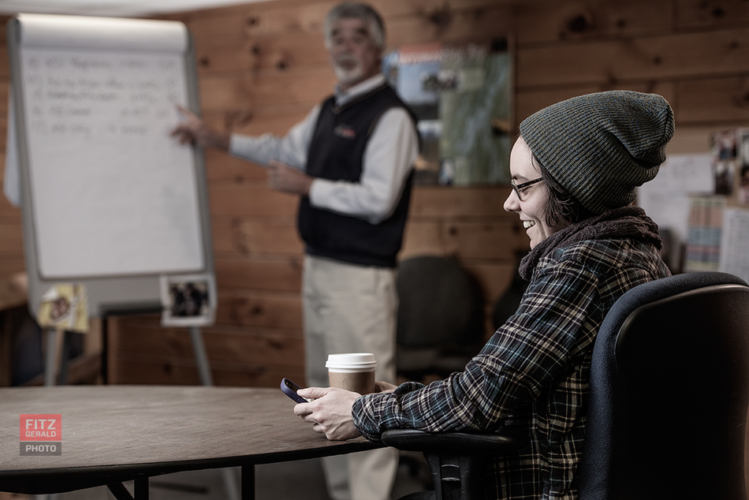