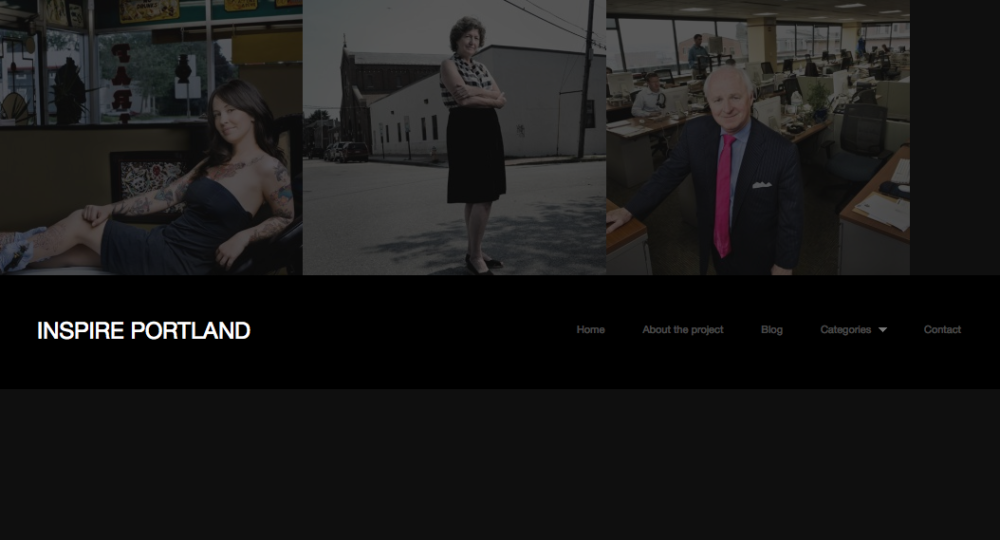 Five years ago, my wife Beth and I drove 3,090 miles from Washington State to Portland, Maine.   I had recently been transferred by my employer, the Seattle Times Company, to become the photo director at the Portland Press Herald/Maine Sunday Telegram.

In my career as a journalist, I’ve lived a lot of places but the goal was always the same:  to make my mark at the newspaper, and when it was time, move on.    It never really mattered where I lived, from Korea to Yakima, Washington, but Portland was different.  We were as excited about our new hometown as I was about the new job.

After a couple of years I decided to leave the newspaper to focus on my photography business.   We were faced with a decision:  stay in Portland, or move again.

Almost everyone, it seems, has had to ‘choose’ Portland at some point.   From the 20-something working several ‘joblets’, to the entrepreneur who decides they’ll build a business here, almost everyone, at some point, has to make a decision whether to stay.  Portland isn’t made up of people who just end up here—this isn’t Phoenix or Florida or L.A.   The winters are hard and long, and jobs can be scarce.  It’s a place where, to succeed, you have to work hard and be creative.   Not surprisingly, it’s filled with some pretty interesting, driven and creative people.

Which brings me to Inspire Portland.   Years ago, our family decided to live, work and play in Portland.   Inspire Portland is a sampling of people—people you may know about, and people that you should.  This site is based on my desire to get out on the streets with my camera and talk with people who make Portland such a cool place.    Every other week I’ll feature a new portrait along with a short question-and-answer session.  That’s 26 portraits and interviews of some pretty cool people that have inspired Portland.

On this blog, I’ll announce each ‘issue’, tell the backstory for the portrait and may publish additional photos from the shoots.   The project kicks off with three portraits dating from September 1.

The first portrait is of Rich Connor, CEO and Publisher of MaineToday Media.   I start with him because our paths are intertwined—The Press Herald is what brought me to Portland.  It hasn’t been that long since national media ran articles about how Portland was on the verge of losing its only daily (non-free) newspaper.   Connor is responsible for the paper’s continued survival during a very difficult time for newspapers.    Next up is Nan Heald, executive director for Pine Tree Legal Assistance.  Through an army of volunteer laywers, the PTLA has changed lives for the better here.  I end September with Chystie Corns, who takes the idea of ‘invent your dream job’ to a whole new level.  Her talent is that she makes it look so easy.

Let me know what you think.