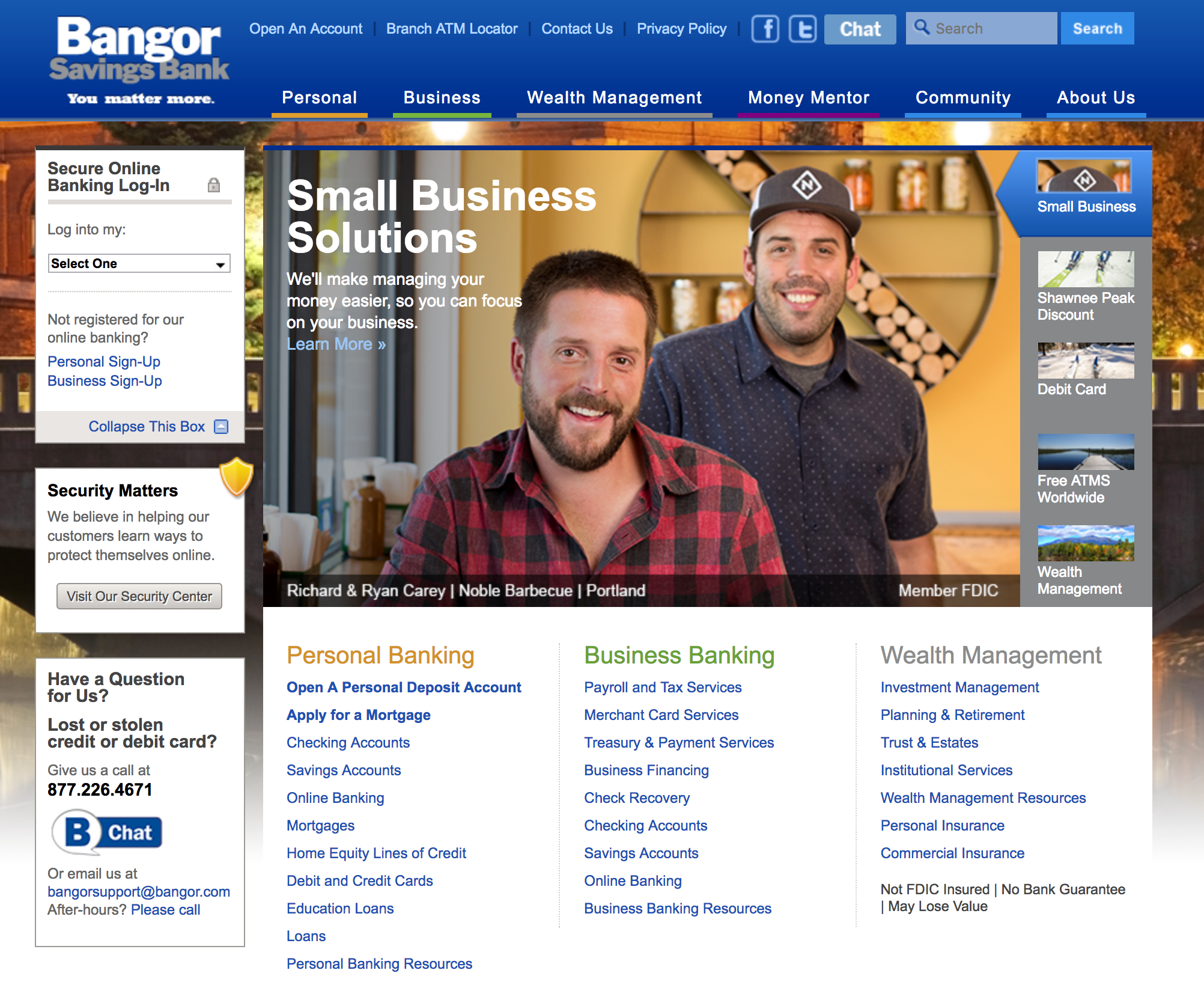 Over the past year I’ve been lucky to work with Bangor Savings Bank on a variety of shoots showcasing their small business customers from around Maine.

If you’ve ever been into a Bangor branch in Maine, you’ll have seen images of their business clients prominently displayed. When I first moved to Maine I remember loving their campaign because it showed real Maine people in authentic, real ways. In truth, that campaign is the reason I choose to step through their doors and opened my first business checking account, way back when.

I’d guess the campaign still inspires people to sign up for accounts, just it did for me.

I’m excited to be able to show off the first of the images—taken of Ryan and Richard Carey, owners of Portland’s Noble BBQ last summer—featured on the Bangor website this week.   The brothers were fun to work with and their barbecue sandwiches, incredible. 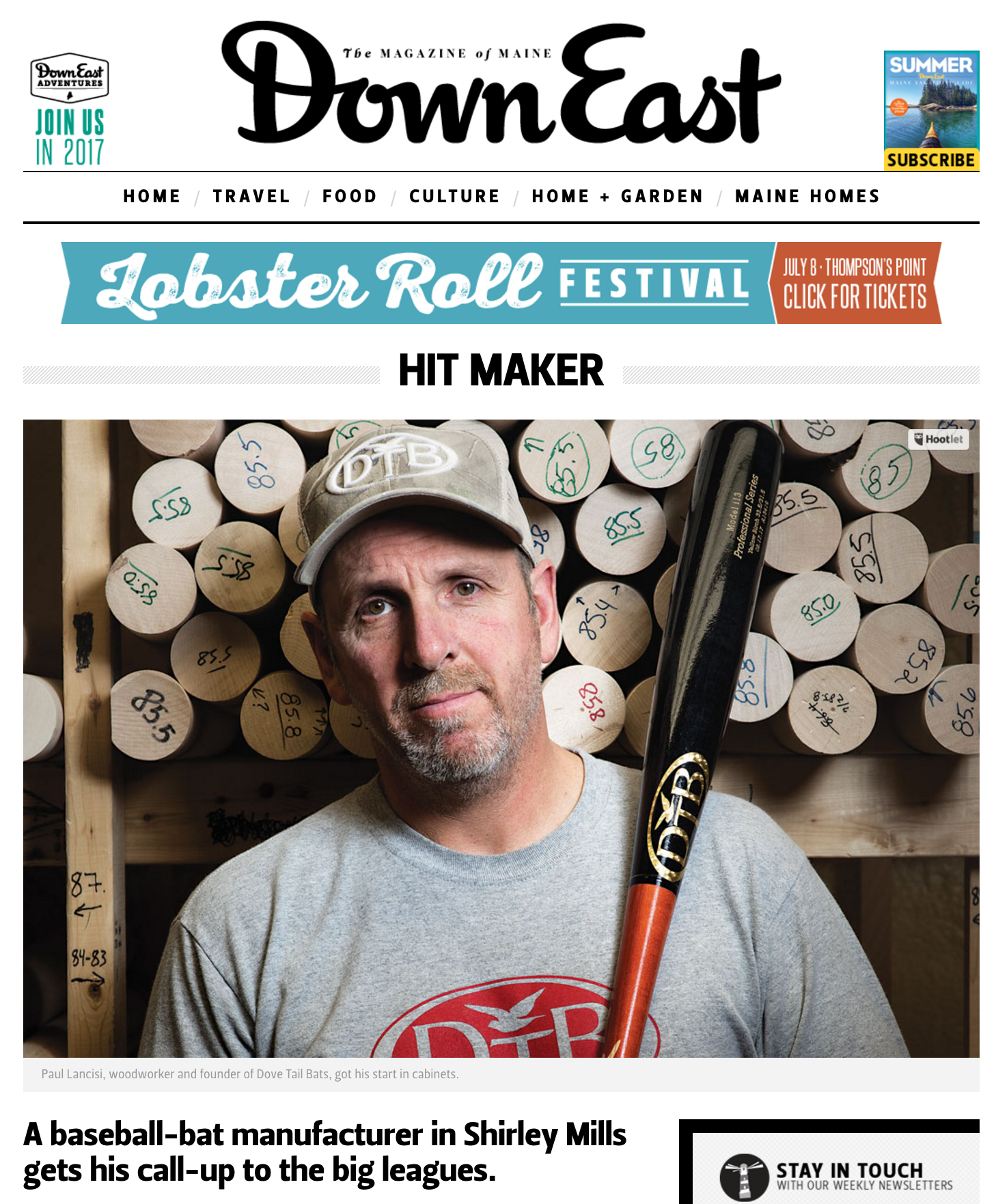 Across the country, spring has begun and with it, a new season of major-league baseball. In Maine, where spring is more concept than reality (often referred to as Mud Season), baseball is a sign that warmer days are ahead even if the weather hasn’t yet gotten the memo.

Maine, a staunch member of Red Sox Nation, now has another reason to get excited about the sport. The Dove Tail Bat Company, headquartered in tiny Shirley Mills, Maine–not far from Moosehead Lake, smack-dab in moose country–produces one-of-a-kind, custom-designed bats for the major leagues that look more like art and less like tools for knocking the stuffing out of a ball. Increasingly, across the major leagues, they’ve done just that.

Down East Magazine sent me to photograph owner Paul Lancisi, a former baseball player himself who once tried out for the Red Sox, along with his crew as they turned Maine hardwoods–ash, maple and birch–into glossy things of beauty.

Please read more about the DTB story in the May issue of Down East Magazine.  I had a great time getting to know Paul and his talented crew.  See below for additional images. 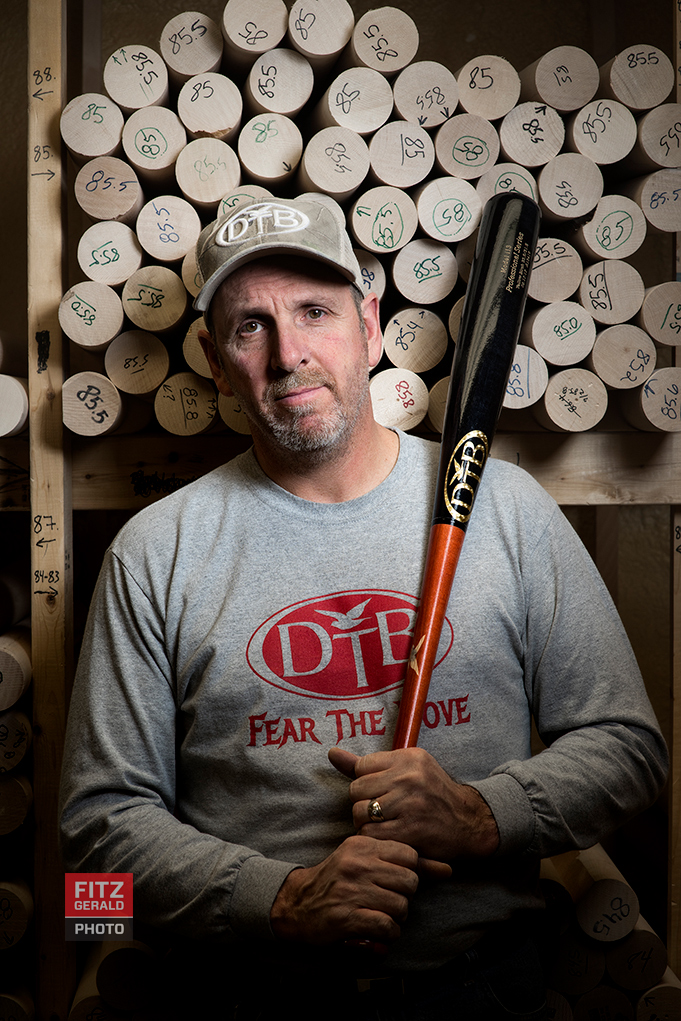 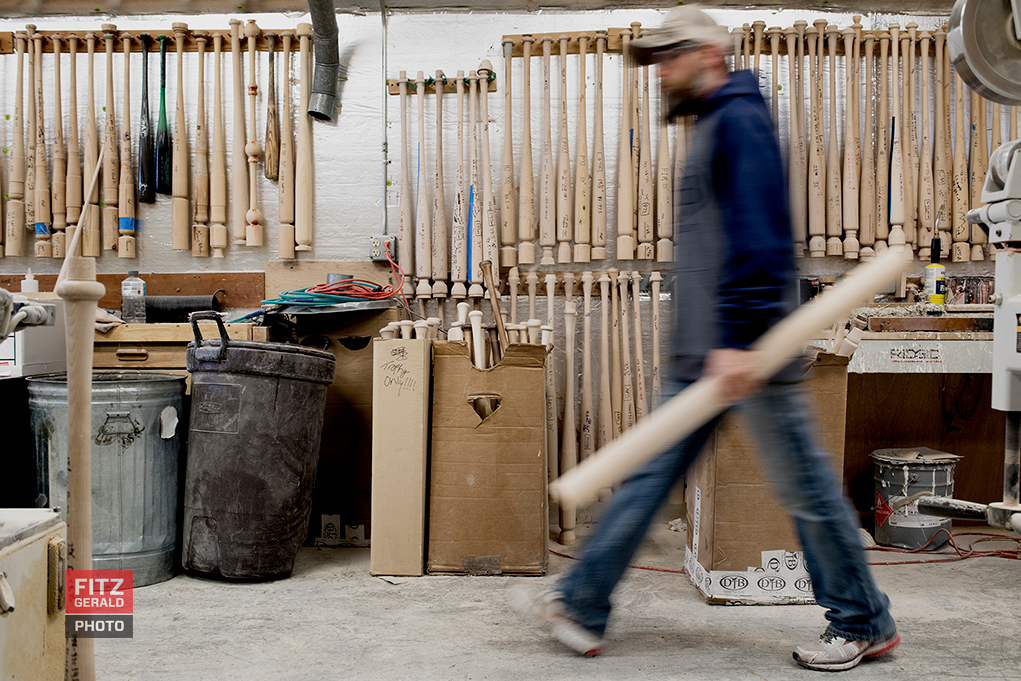 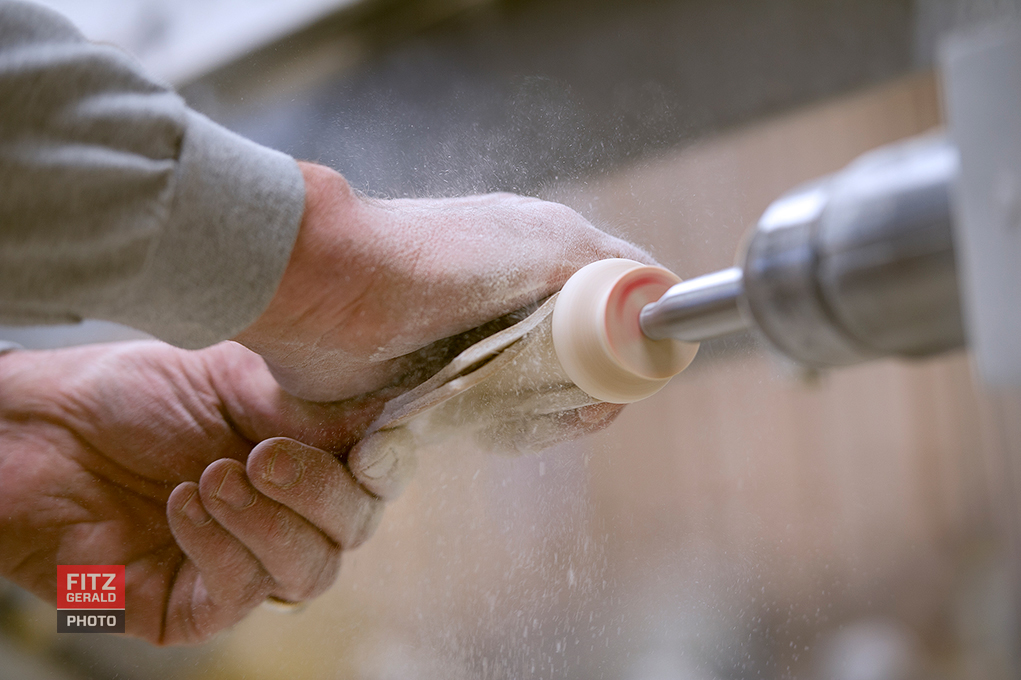 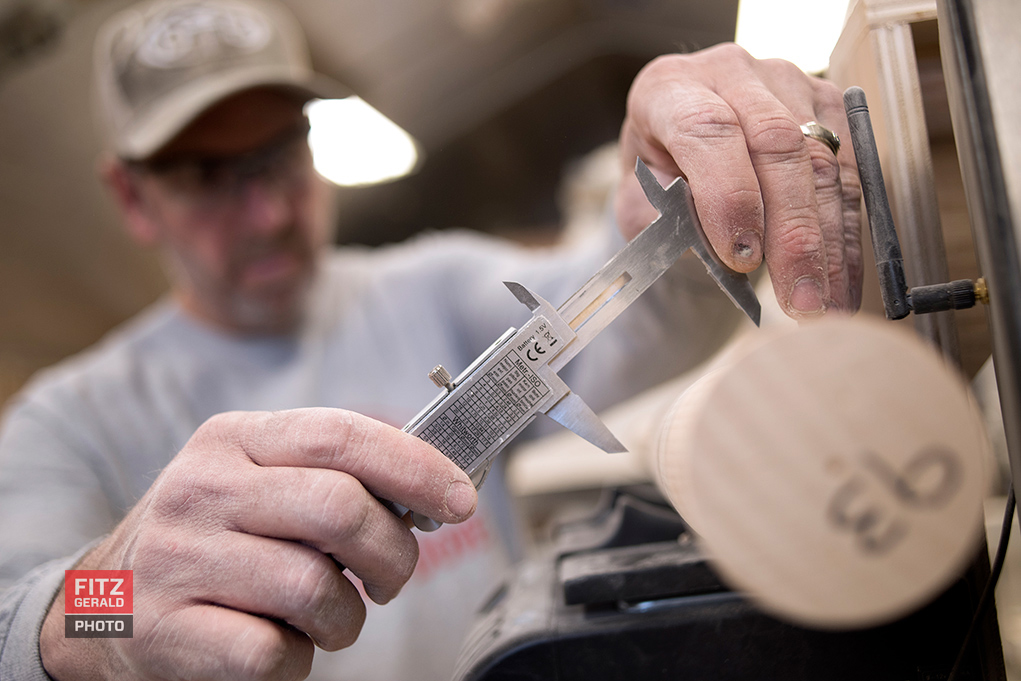 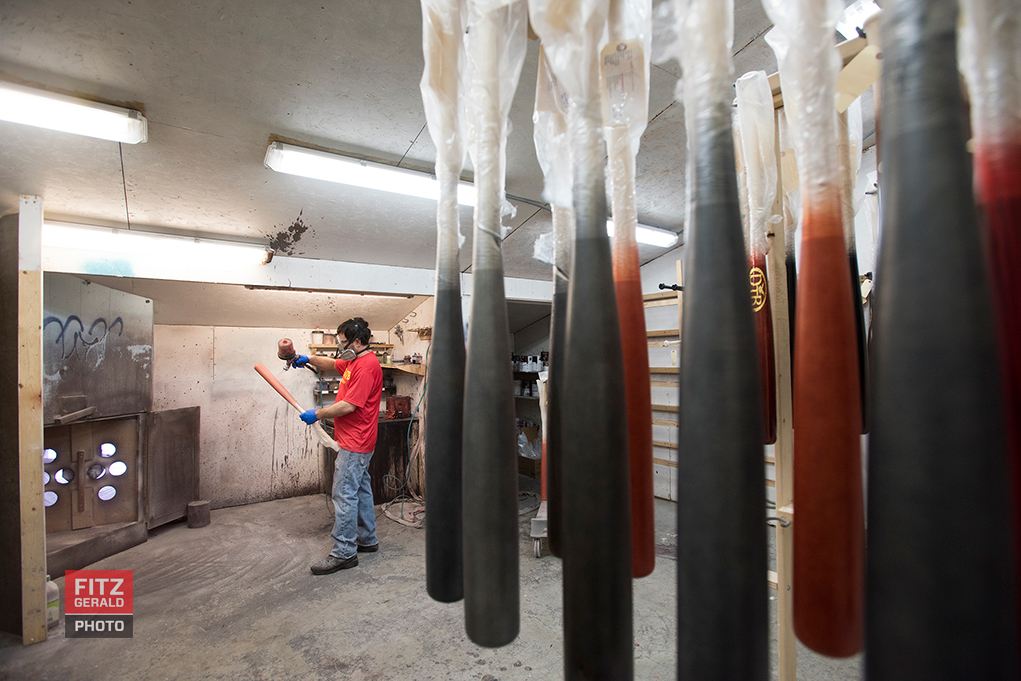 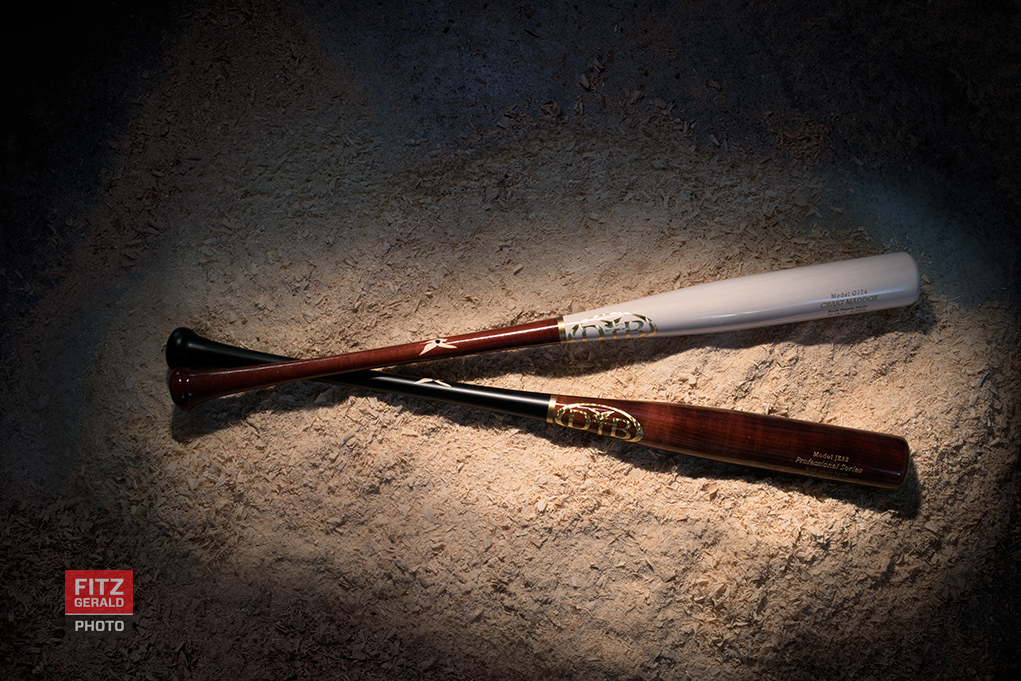 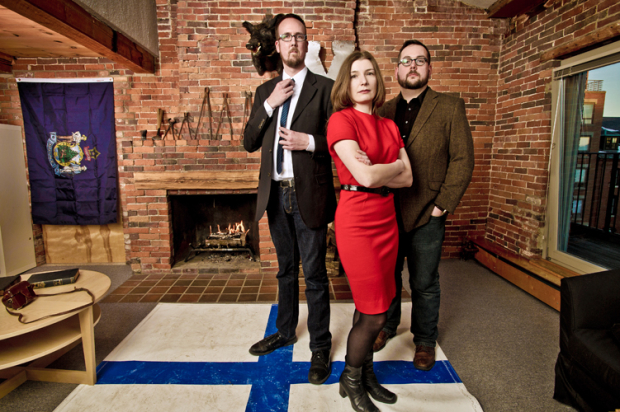 Might & Main is a branding firm based here in Portland–they do fantastic work and cast big shadows on the local creative scene.  They’re the team that you call in to do a rebranding, or to handle the look and feel of a product or campaign.  They’ve also got a great sense of style that infuses their work–take a look at this award-winning work for the Portland Museum of Art’s Homer Winslow exhibition (I want that bobblehead, Sean).
More than that, Kevin, Sean and Arielle (the principals behind M&M) are great people who always seem to be up to something interesting.   The trio,  along with team members Graeme and Morgan, moved to a new downtown Portland location in January and wanted a photo that showed them off in their new environment.  They didn’t dictate the look of the photo, but we discussed what the image should do for them:  it should give a sense of each individual person (all three principals had successful solo businesses before partnering, and all three bring different skills to the table), but show them as a team as well.  It should be interesting and striking, incorporating key elements of their new space and their quirky retro decor (Boris the Boar has made one other appearance, in an Inspire Portland feature on Sean from last year).  These guys are young, very hip and are extremely creative, so I knew I wanted to show these attributes as well. 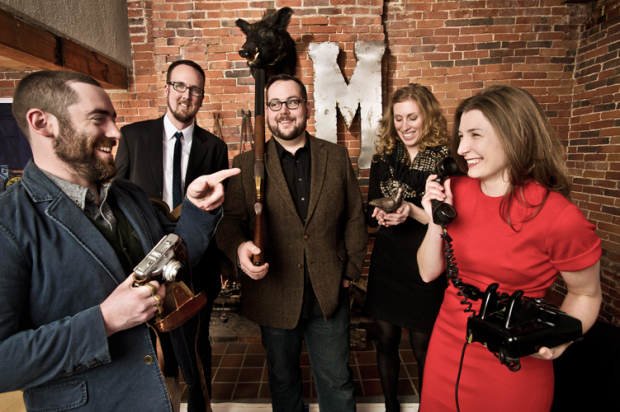 When you strip away all the fluff–the globe, the -um- shotgun, even the lights–it’s all about the people.   Might & Main is comprised of interesting people, and I wanted to give a sense that they bring a strong point of view, a certain touch of humor and, yes, a little attitude.   To that end, I think the shoot was successful.   The final frame we all liked shows plenty of attitude.  If you look at each person’s face there’s something interesting going on.  Someone once told me that successful photos don’t give you all the answers, but make you wonder a bit, too.  Add on the lighting, the props and the “look” of the final image and you get an image that tells a story…and captures the “feel” of a brand.
There’s always room for serendipity, too.  Although I gave a few pointers on dress, I could have hugged Arielle when she showed up in that bright red dress.   How could I not get a great final image? 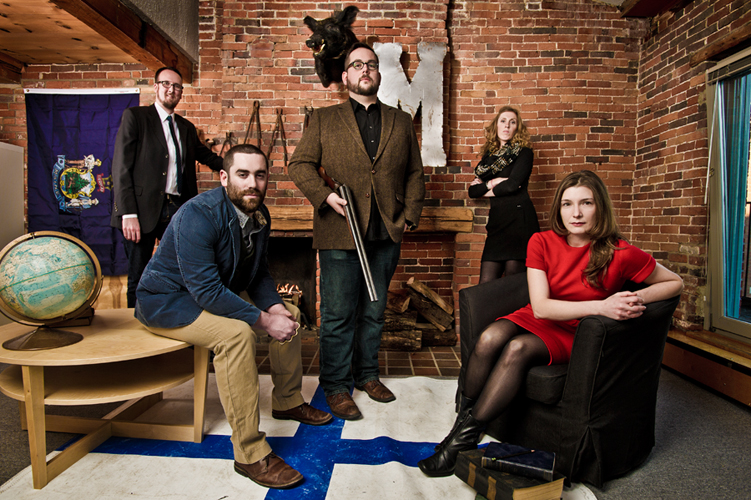