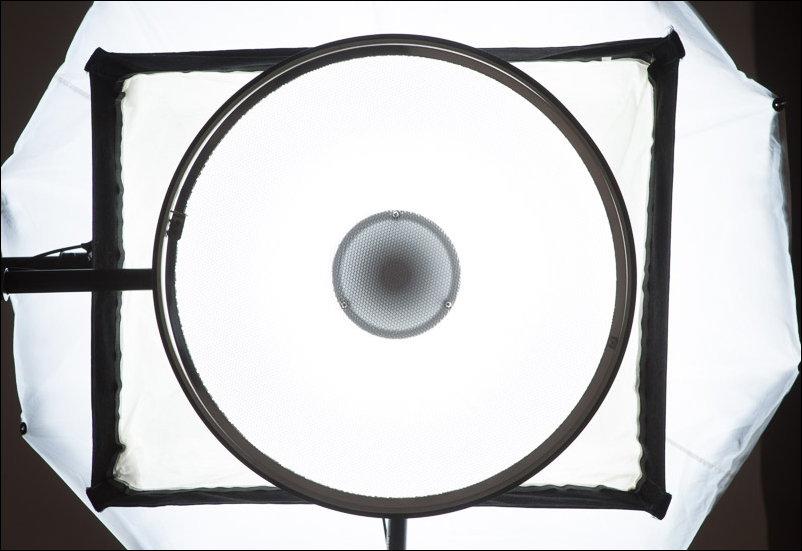 What’s better:   a light modifier with a square shape, or one with a circular shape?This question is one I’ve thought about a lot.  I’m guessing most other photographers have, too .   If you’ve shopped for light modifiers you’ve encountered a bazillion light mods that fall predominantly into just two types:  round or square (or rectangular).  Round modifiers would include things like  umbrellas, octaboxes and beauty dishes.  Square or rectangular-shaped modifiers are things like softboxes, reflectors, scrims and light panels.

Photo gear and marketing hype go hand in hand.   But there are just a couple of factors that determine which shape of modifier I’ll choose for a shoot.   Number one is the effect of the catchlight in my subject’s eyes.  I prefer a round catchlight—maybe just a subconscious preference for a light source shaped like the sun.   If I were simulating an open doorway or the light from a window, a softbox would be my choice instead.

For me, the shape only becomes a deciding factor when I want to control the light precisely and thus I might use a square softbox rather than an umbrella because I want the light to have a more defined fall-off or edge.