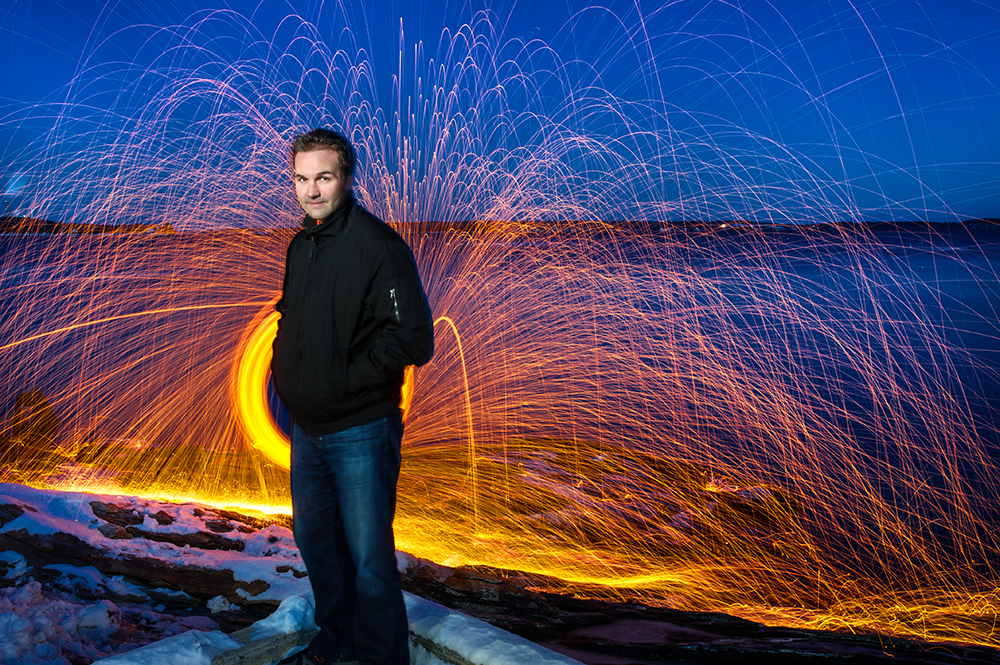 Way back in 2011 I launched Inspire Portland, a project showcasing (through portraits and interviews) inspiring and interesting people who choose to call Portland, ME home.    I planned it to last a year and so I closed it down in 2012–temporarily glad to move on to other things but sad to see it go.    When you get down to it, Inspire was a killer way to meet and spend time with all sorts of interesting people that I found fascinating.    The photos and the website?   Like icing on the cake.

Fast forward to 2014, just a short year ago now.   I had been getting occasional emails from people suggesting those they felt would make a good profile.  In my travels around Maine I realized that there were many more interesting people all over the state that I’d like to meet.   Inspire Maine was born.

This week I relaunched the project, albeit with a slightly different name.   My first victim is John Lee Dumas, who runs the crazy-popular EntrepreneurOnFire podcast and who, according to his website, generated income in November of $307,504.50.   Dollars.   I hate to be a numbers guy, but that’s pretty astounding.  Even more incredible is that he has more than 800 podcast episodes to date, broadcasting seven days a week.   Not bad for a commercial broker from Portland.

I’ll be posting other episodes on Inspire on a semi-regular schedule from here on out–most with a behind-the-scenes story to go with them here on this blog.    As fun as these shoots are to do, there’s always a bunch of stuff that happens during the shoot (much of it unanticipated) that you don’t see.      Take John’s shoot, last January.    We’d intended to take his photo months later but John ended up coming to Maine for a short trip during the coldest time of year.    Our initial idea was to photograph John in a typical Maine coast setting, but with a twist:   we wanted to try a complicated procedure with steel wool, sparklers and flame.  I mean, EntrepreneurOnFire.    What could go wrong?  We didn’t have time to practice much beforehand, and then we ended up outside in 10 degrees with the temperature falling fast.   Lights, steel wool and my brain do funny things in such situations.   The result was not exactly a great image (saving this technique for another time) and John looks….well, freezing.   My assistant, Charlie, still points out that he has a burn hole through one of his jackets as a result.    We definitely suffered, but sometimes things don’t come up like you planned.  At least we have a new story to tell…..

Maine Gives Back, 2020 Edition Behind the Scenes: Industrial Photography Fighting Cancer with a Warrior Spirit